Home » Fatwa » CAN WE PERFORM TAYAMMUM IN AERO PLANE????

CAN WE PERFORM TAYAMMUM IN AERO PLANE???? 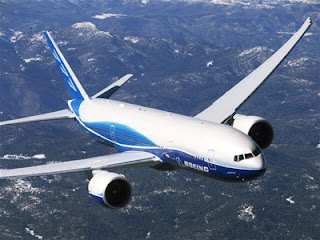 بسم الله الرحمن الرحيم
As long as water is present, then it is obligatory to purify ourselves with it (perform wudhu). Perform tayammum is invalid, in that condition. When somebody finds no water in aero plane, it is permissible for him to perform tayammum using dusk found in it.
However, if there is no dust found and the time of shalat almost ends, he has to do shalat without purification. As Alloh U says:
فَاتَّقُوا اللَّهَ مَا اسْتَطَعْتُمْ
" And fear Allah as much as you can." (QS. At-Taghabun: 16).
Syaikh Ibnu Utsaimin was asked about someone who did not find any water in aero plane to perform wudhu: perform wudhu in that condition is impossible. Alloh U says:
وَمَا جَعَلَ عَلَيْكُمْ فِي الدِّينِ مِنْ حَرَجٍ
And (Alloh) has not laid upon you in religion any hardship. (QS. Al-Hajj: 78).
The passenger of aero plane performs tayammum on dirt or the like of it, and when he does not find any dust, he has to do shalat according to his state without any purification, with a reason he is unable to do it. It is according to the statement of Alloh U:
فَاتَّقُوا اللَّهَ مَا اسْتَطَعْتُمْ
" And fear Allah as much as you can." (QS. At-Taghabun: 16).
If there is a possibility that the aero plane will land before the elapse of the second Shalat’s time (for shalat that can be combined), they should delay the first combining it with the second at the time of the latter. For example; Ashar is combined with Dzuhur at the time of Ashar and Isya is combined with Maghrib at the time of Isya, it is preferable to do shalat at the time of the latter (jama’ takhir) after landing at the airport. (Majmu’ Fatawa Ibnu Utsaimin ?: 15/412.lihat pula pada jilid 15/413).
Source: Tuntunan Shalat Musafir. Page: 20 - 24.  By: Al-Ustadz Abu Karimah Askari
http://www.salafybpp.com
Translated by: Ummu Fauzan
Diposting oleh Jumayan di 00.22