Home » Fatwa » FROM WHERE SHOULD THE ROW BEGIN?

FROM WHERE SHOULD THE ROW BEGIN? 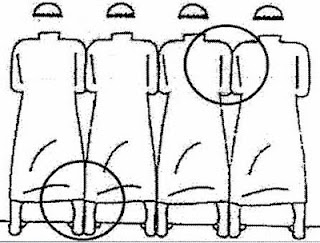 Question
Does the row begin from the right or from behind the Imam?
Is the row (the right and the left side behind imam) should be even? ; Like what the imam in Indonesia instruct for the row to be even (by saying: “Seimbangkanlah shaf”?
Answer
The first row in prayer begins from behind the Imaam (in the center behind imaam) and the right side is better than the left.
And it is the obligatory of us not to form a new row before the previous row is complete. And there is no harm if the right side of a row has more followers than the left and it is not instructed to make it balance, moreover “instruct” for the row to be even is not allowed. Do not form a new row before the first row is complete, do not form the third before the second row is complete  and so as the next row. It is narrated that The Prophet r  instructed it.
The Daleel is from Wabishah bin Ma’had : The Prophet t saw a man performing Prayer individually behind the ranks, he ordered him to repeat the Prayer (Narrated by Abu Dawud, graded saheeh by Al-Albani in Irwa’ No. 541)
Source: